On the morning of 6 June 2016, Transportation Brigade 99 of Department General of Finance and Logistics of Cambodian Ministry of Defense has conducted a wrapped up meeting on achievement of humanitarian activities in transporting water for Cambodian citizens who face the drought. The meeting was chaired by General Moeng Samphorn, secretary of state of MOND, who is also the chair of Emergency Response Committee of MOND. The meeting was also participated by representatives from Sokimex and Men Sarun companies.

Brigade commander Major General Hul Sam On said that his brigade prepared 100 Dongfeng trucks and equipped with water tanks to address to the drought in 9 provinces.

The civic actions released the burden to 100,610 families in 33 districts of the 9 provinces namely: Siem Reap, Preah Vihear, Oddar Meanchey, Kampong Thom, Pailin, Pursat, Battambang and Banteay Mean Chey. These provinces have weak or distant water sources, so the trucks were helpful for them in fetching and transporting the water.

General Hul Sam On said the success was due to strong support and quick response to Department General of Logistics and Finance, support from the 2 companies in providing tanks for the trucks, water pumps and water pipes. In addition, the presence of the secretary of state was also a strong signal for the response. 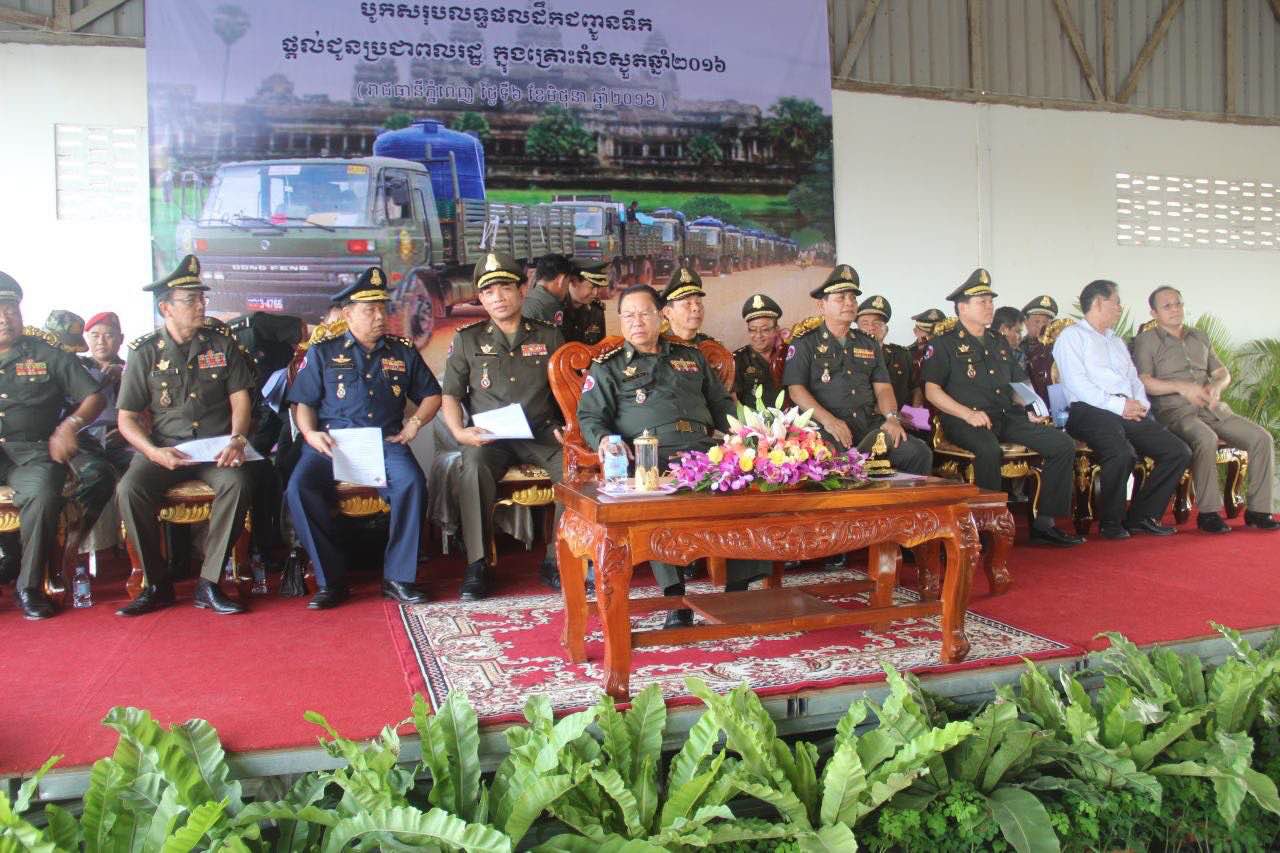 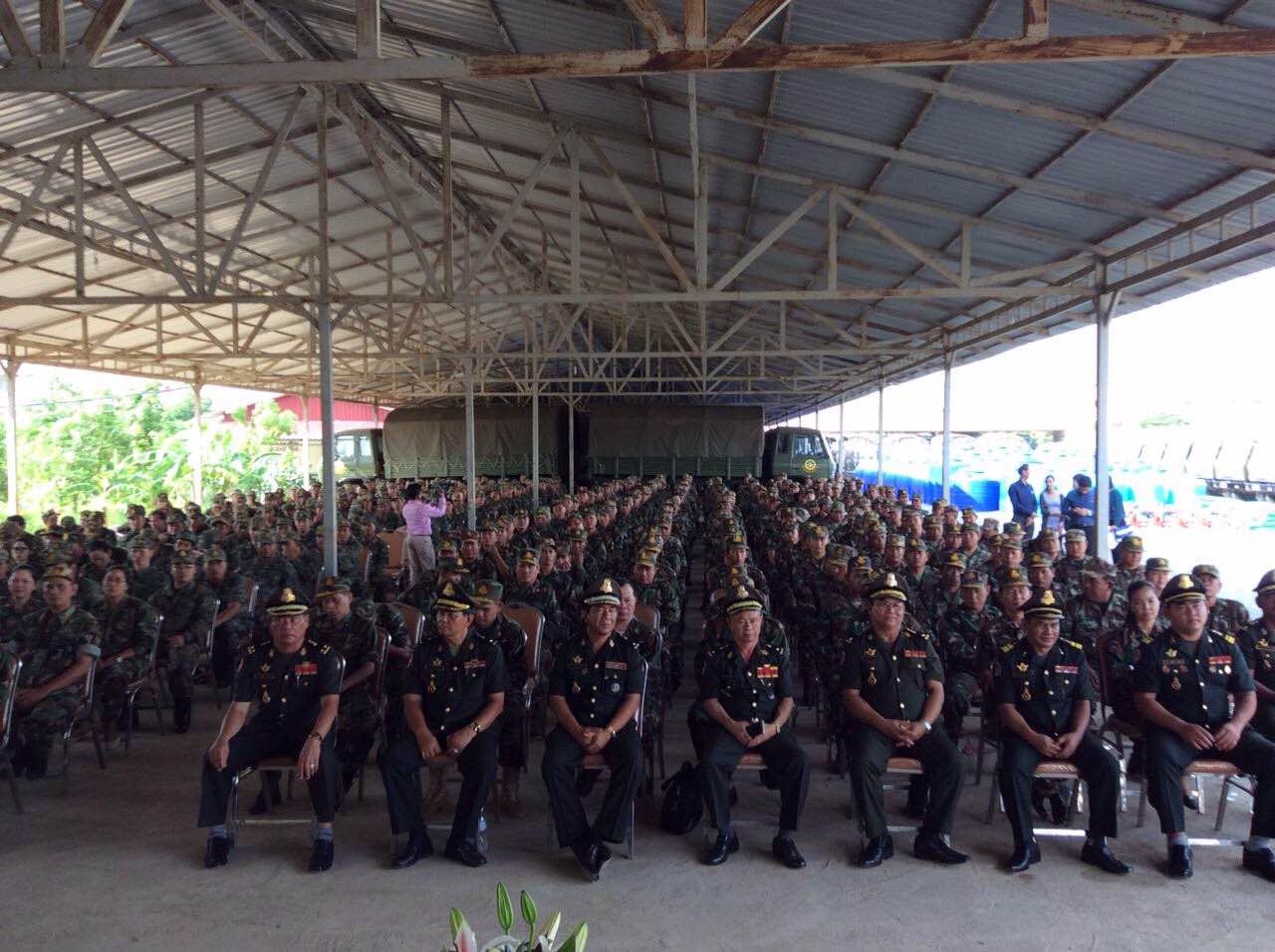 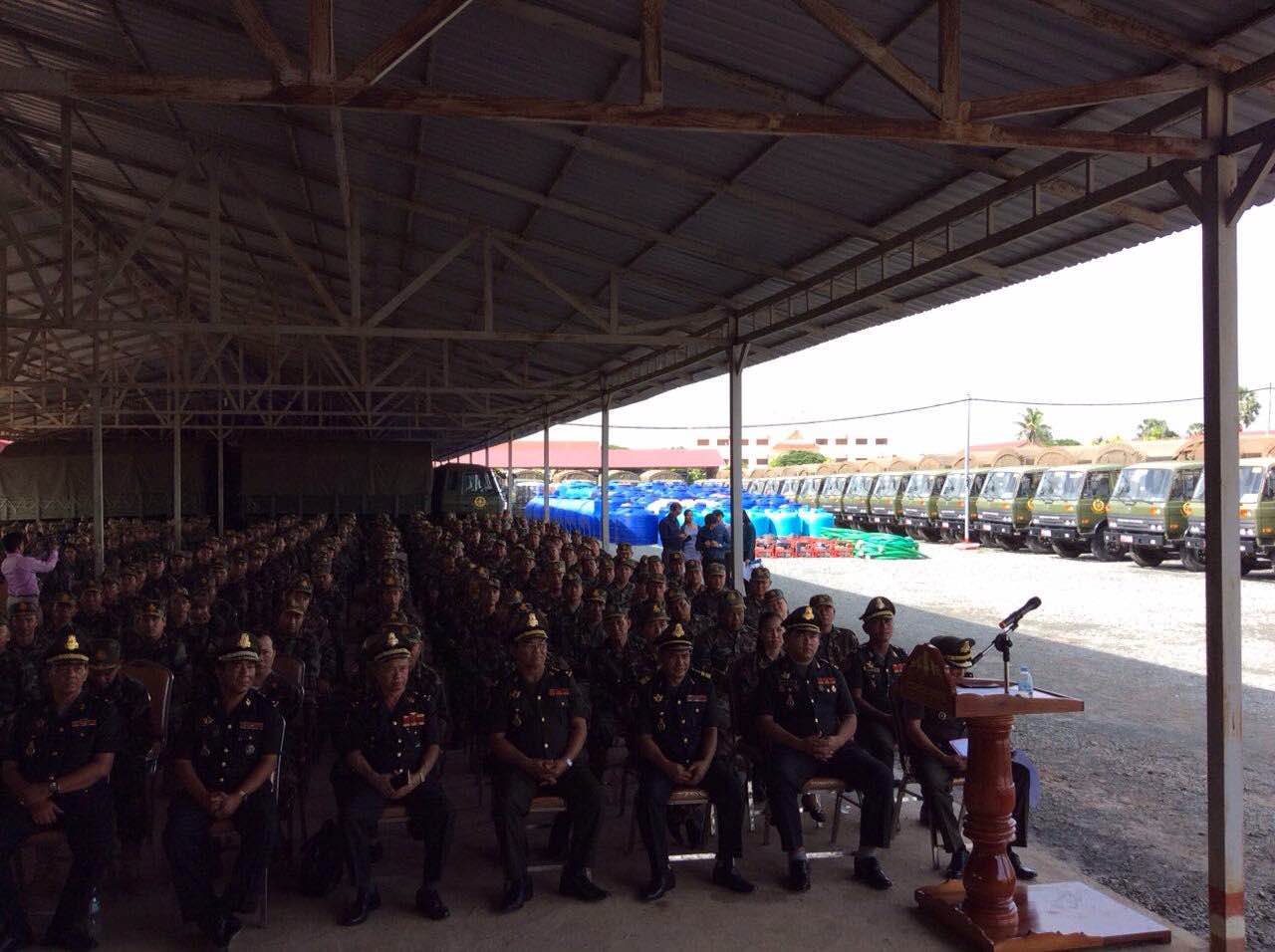